In case you haven’t wandered down Gordon Street in a while, you should definitely go take a peek at Gordon Lane and see what’s popped up.  Next to Bier Halle you’ll spot the yellow sign for Laneways – a 9 month pop-up bar/kitchen which started in April this year. Before I get into the Supper Club event, here’s a quick description of Laneways from their Facebook:

“Laneways is a 9 month project bringing together the best street eats, back street cocktails & street art collectives the Glasgow pop scene has to offer.”

I kept meaning to go check it out; it’s open Thursday-Sunday 12pm-10pm every week.  I think Nick at El Perro Negro had tweeted about Julie’s Street Kitchen a couple of times as well, and the guy obviously knows his food. So after a bit of a nosey on Facebook, I saw they were holding a Supper Club event on the 30th June.  Mentioned this to my best pal and tickets were bought.

So this was their first Supper Club and I think they’re due to continue on a monthly basis. This event was hosted by Julie’s Street Kitchen and On Rotation, with a very creative barman on the drinks.  (I did a bit of Instagram research and found the barman on the evening – Gregor over at @rapscallion_etc).  We had a choice of two menus – one from each kitchen.  Three courses and two drinks were included in the £25 ticket price, which I thought was great. 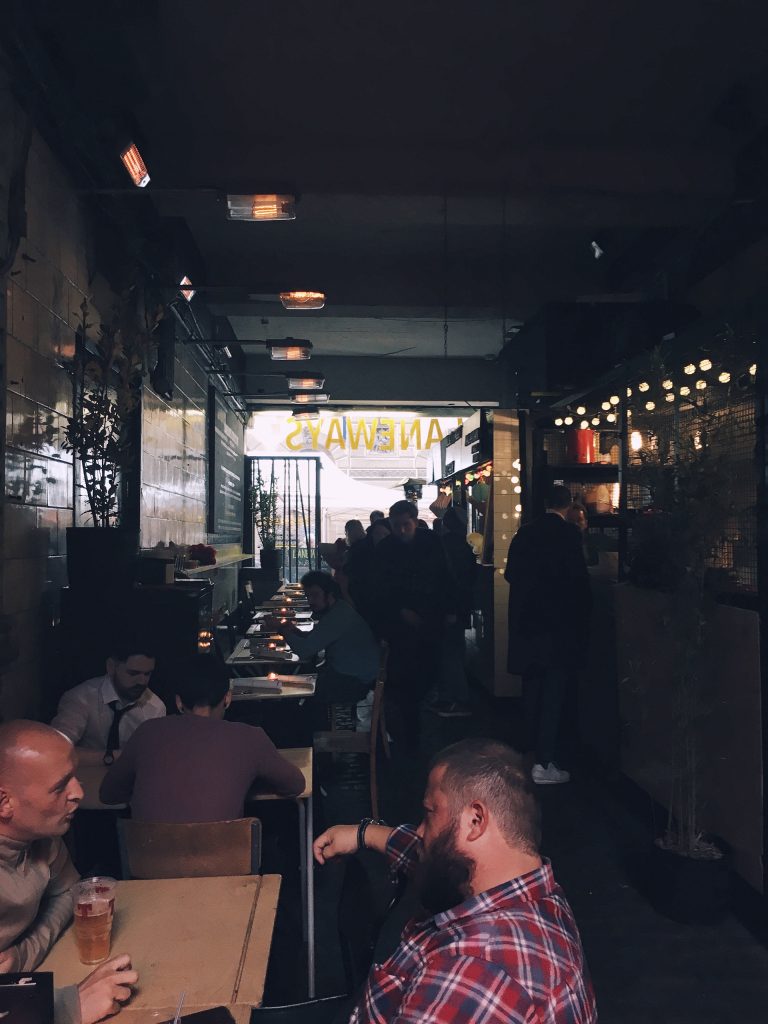 If you like an experimental cocktail you’ll love Gregor’s creations.  The Reverse Bellini which we received on arrival was a small glass of prosecco topped with a mango nectar and Irn Bru foam (and it turns out mango and irn bru are a really great combination), sprinkled with popping candy.  The cocktail we received with our dessert was the Imperial Raspberry Punch.  This was made up of rum (Havana and Bacardi if I remember right), chai tea (brewed to 60 degrees), lime, raspberry something or other, sugar and topped with almond oil.  It was delightfully powerful, but so fruity and smooth it went down a treat.

I HAD to go for the Malaysian side of the menu, opting for the Prawn Laksa for starter and the Roast Pork Belly for main. Both were incredible! Tofu accompanied the prawns came in a delicious (spicy) broth with noodles.  The pork belly was fantastic – really meaty and just melted in the mouth.  For dessert I had the Mango Sponge.  My pal wanted the Banana Fritters so we could share the two, but they were running low and wanted to keep them for the 8pm sitting (we went for the 6pm slot).  I was a bit gutted (mainly just because I want one of everything…) but I guess there’s always next time.  Oh and one thing I wanted to note was that within the On Rotation menu there were vegan options for every course – bonus.

I love the vibes at Laneways – very reminiscent of the popup at Tontine Lane last year. When you step into these small pop-ups in peculiar wee back streets they really transport you somewhere else – really like these kind of places.  These kind of events and pop-up kitchen are always really worth the wait because they’re generally always held/hosted by people who are genuinely excited and passionate about what they create, which means GOOD FOOD.  So yeah, I’m already looking forward to the next one. Keep your eyes peeled on their Facebook/Twitter for updates. 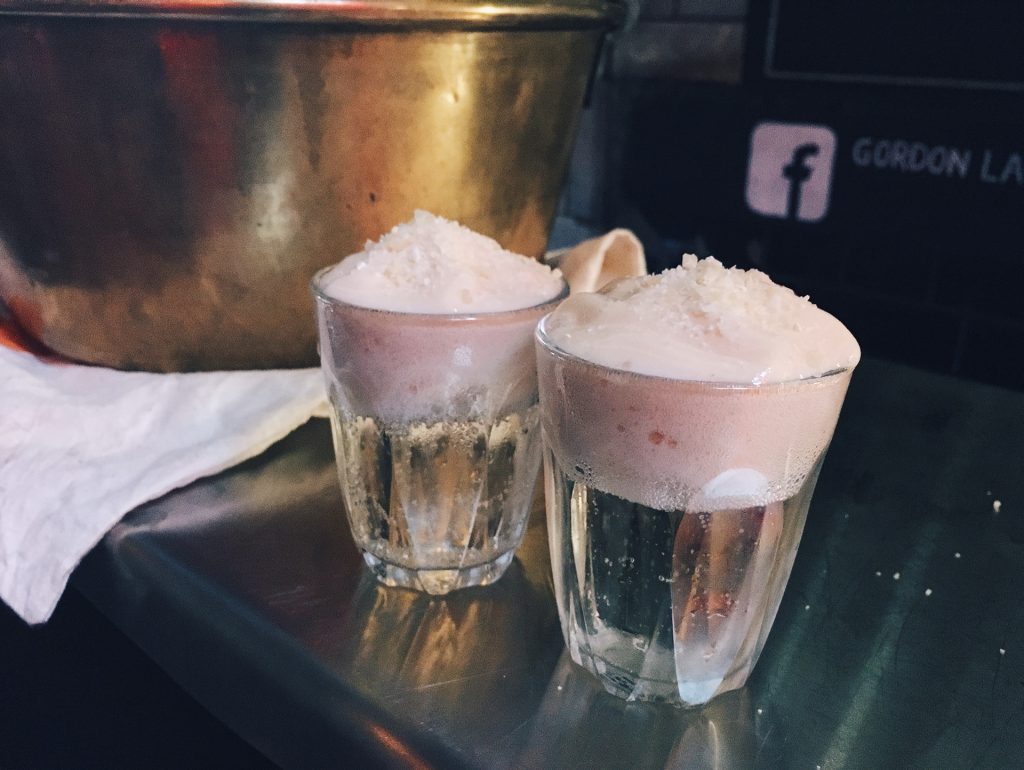 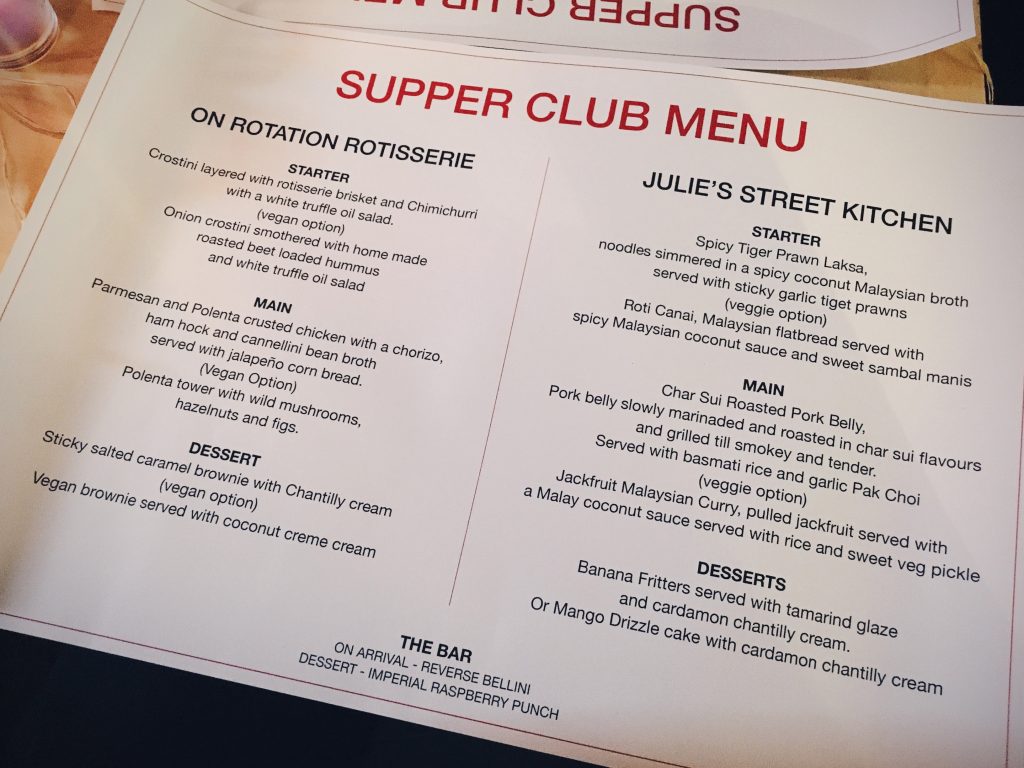 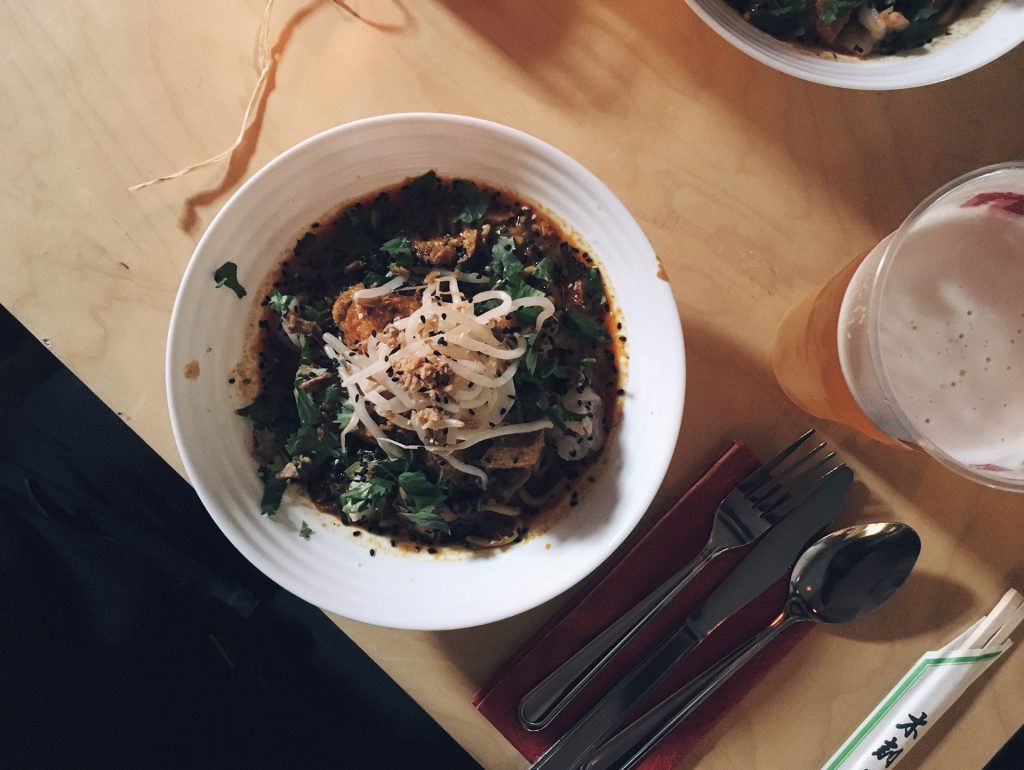 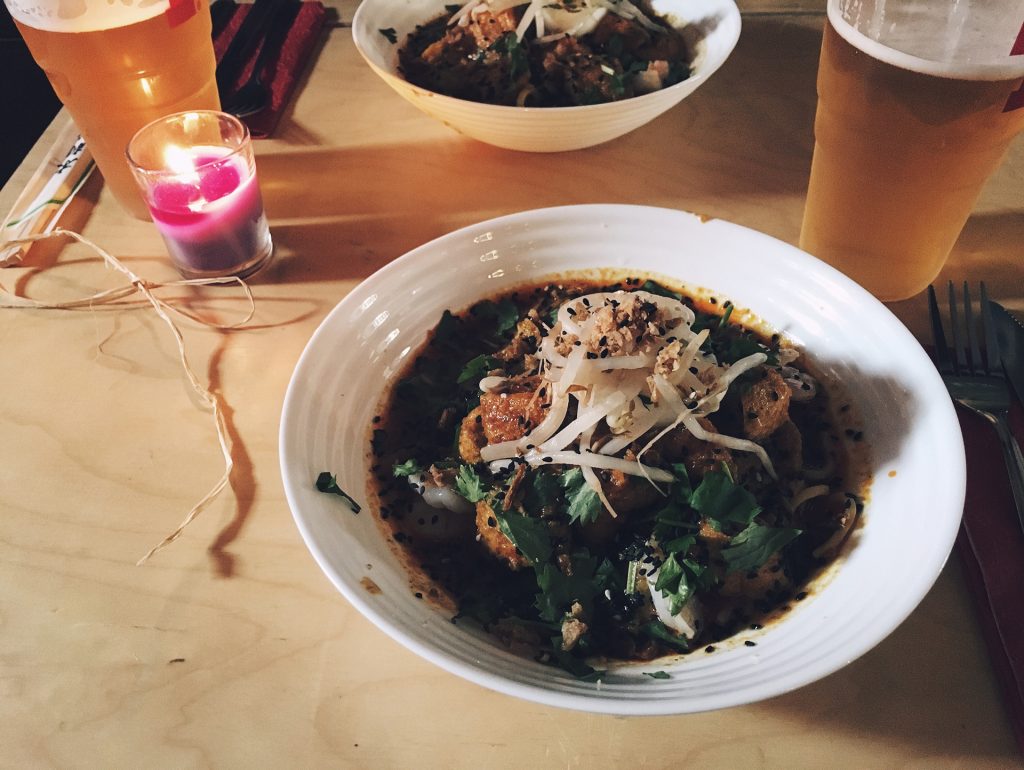 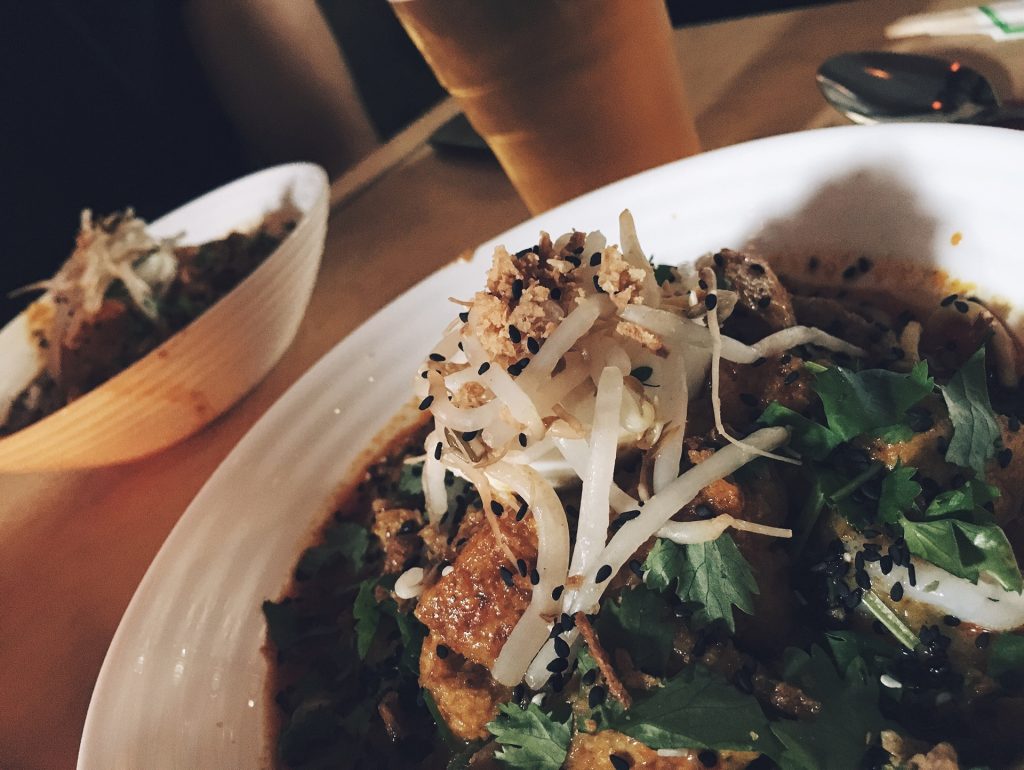 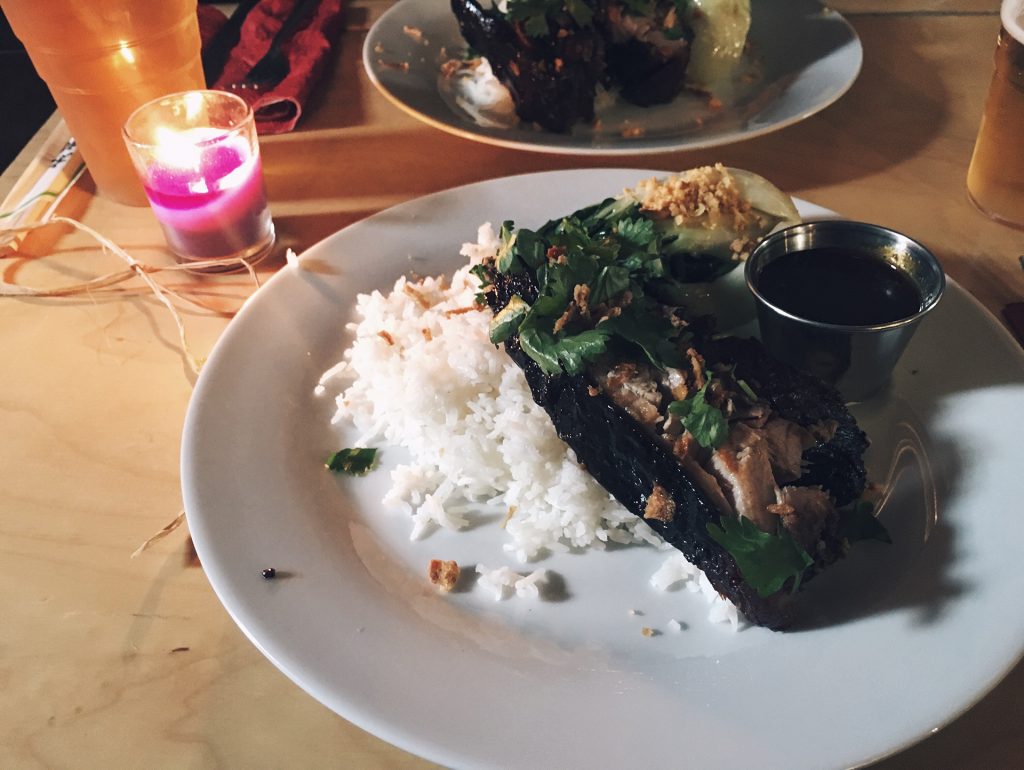 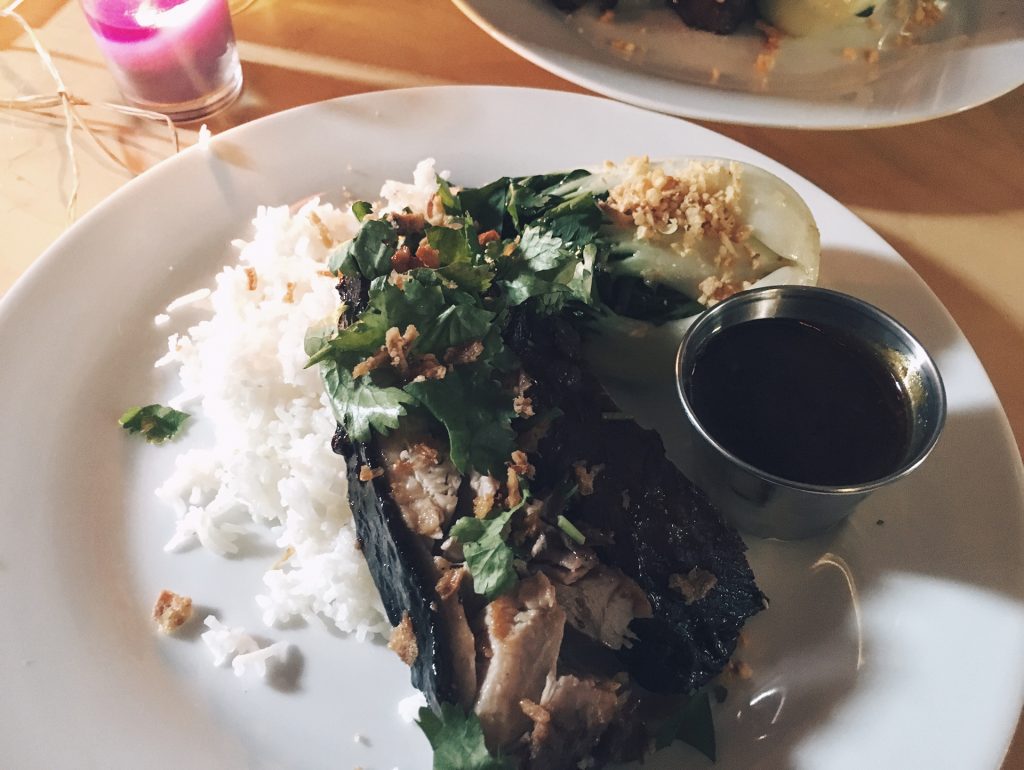 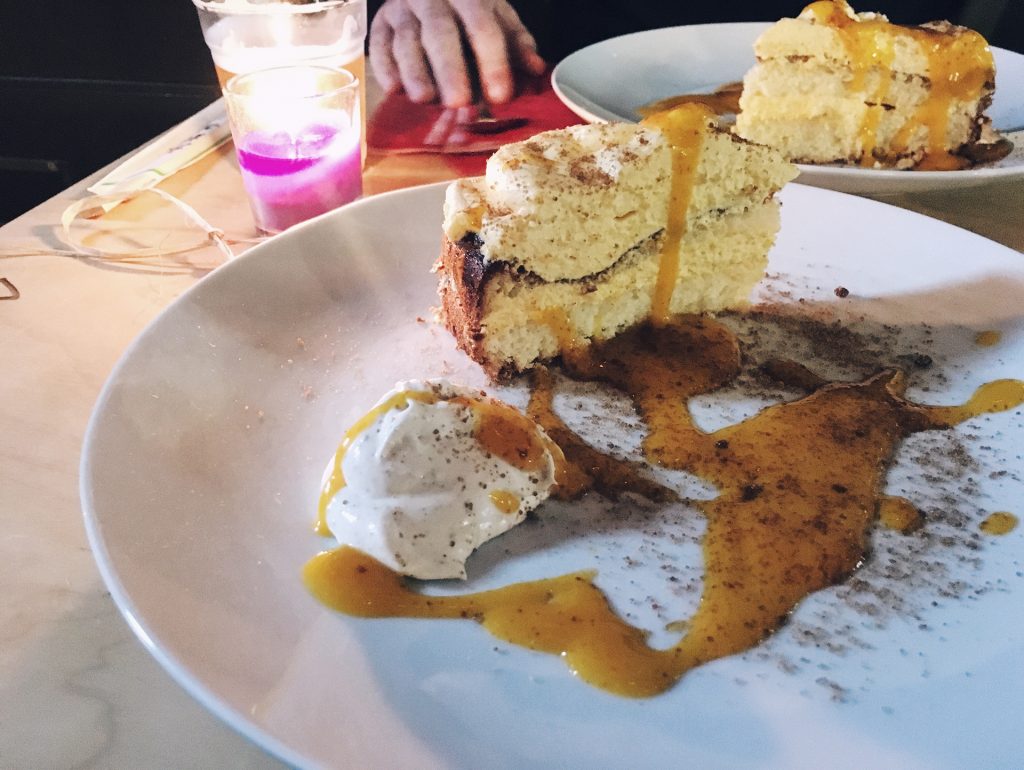 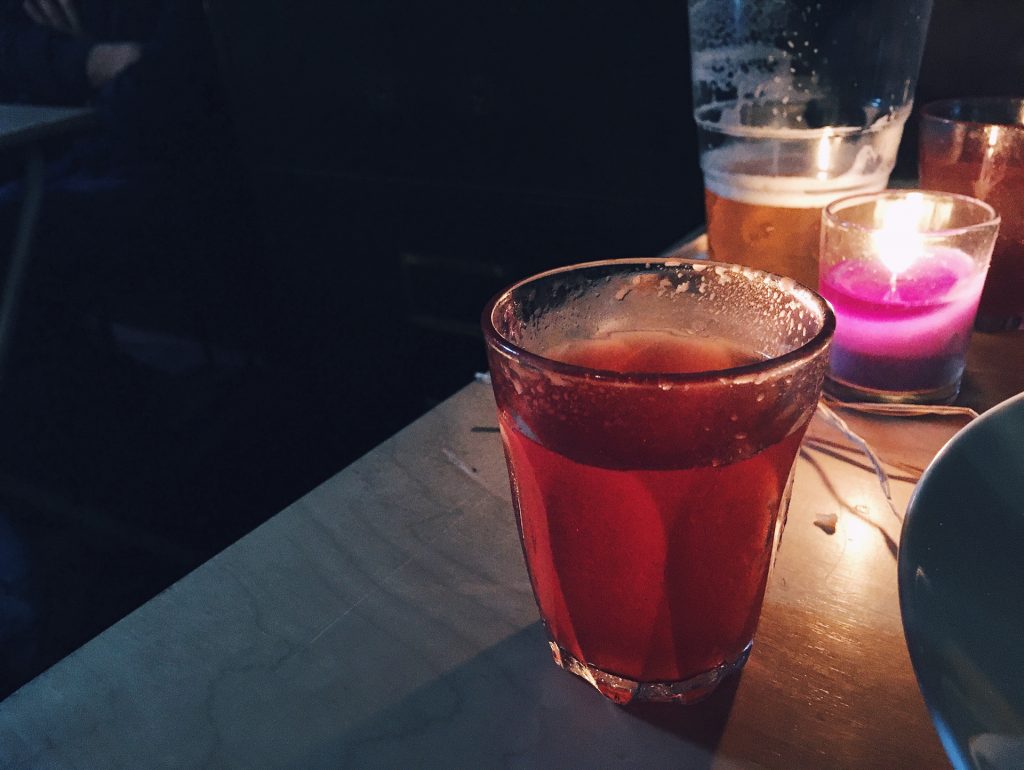 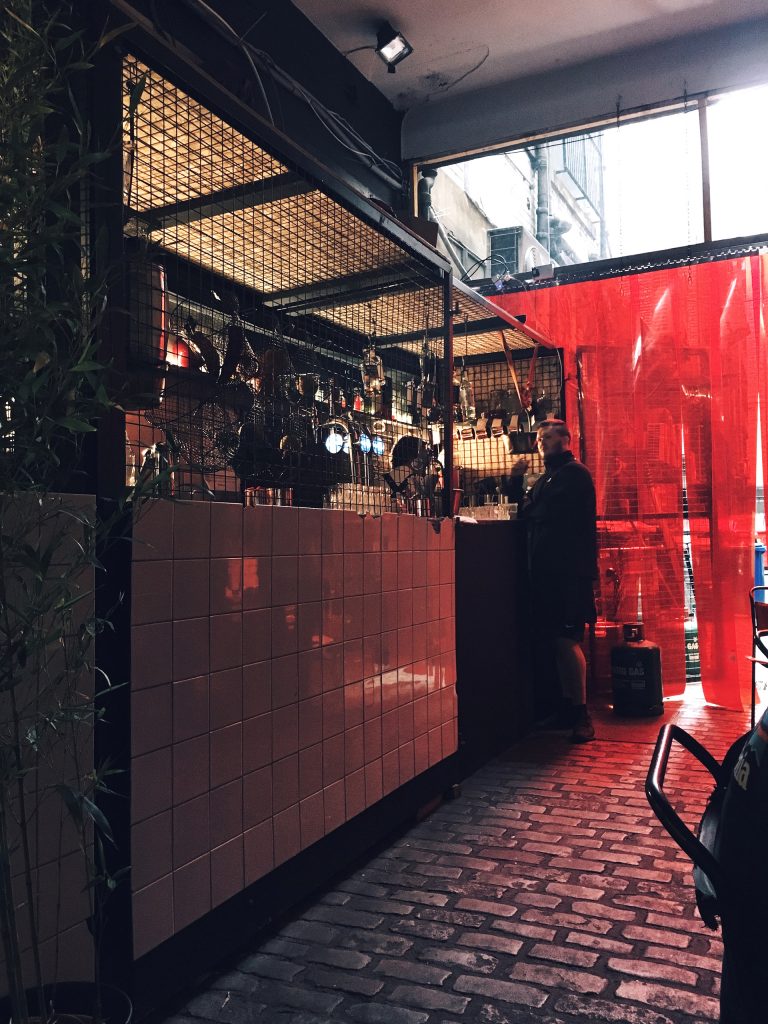 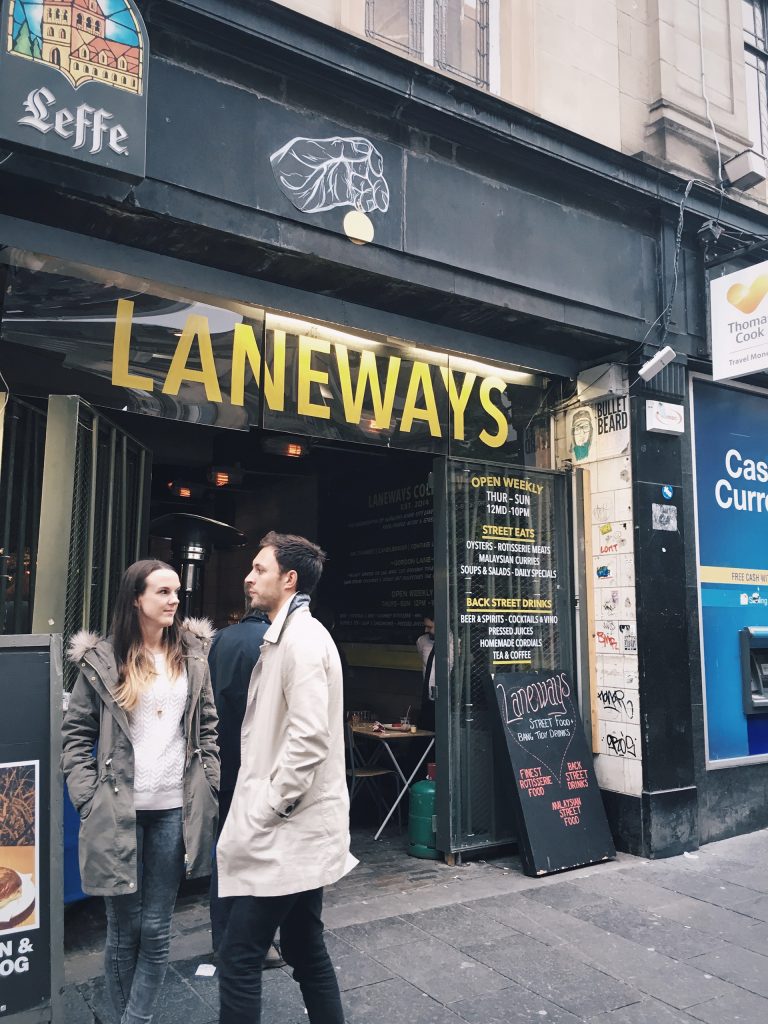